With a week left of lockdown and restrictions after the 30th seeming inevitable, we bring you in this ngoLAW Brief:

Please note that the TERS Directive has been amended (and expanded) again. It has been clarified in signed amendments of Thursday 16 April (which have not yet been published in the Government Gazette) that:

Please note that the tax treatment of TERS payments should be like UIF: they are not taxable (i.e. PAYE should not be deducted from them), and should be recorded as “TERS/UIF benefits” on the payroll.

There are some  practical difficulties for those administering these payments to employees. Among them: 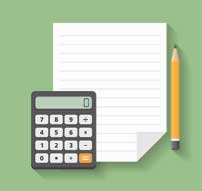 If a breakdown does not arrive from UIF, our suggestion is  that you ask your accountant for guidance and, if that is not possible or useful, you use an online UIF calculator, with adjustments being made as follows:

Please also note that some of those who have been paid out under TERS are being required to submit additional documents to comply with the follow-up audit requirements. These include proof of payment of UIF, Compensation Fund documents, payroll reports, attendance registers,  UI-19 declarations and sample copies of employment contracts and salary slips.

For assistance from ngoLAW with these applications please email  lisa@ngolawsa.co.za. We are offering slashed rates on fees for the lockdown period and are able to assist with, advise on and/or make these applications on your behalf.

At ngoLAW we have been inundated with queries and requests to ‘convert’ the registrations of non-profits from an “NPO” to an “NGO”. This request originates in a scam operation, in which a fraudster has induced panic in the non-profit sector by claiming that this “NGO” certificate is required in order to access a huge pot of overseas relief funding. There are costs involved, of course:

DSD has issued a formal statement on this renouncing this scheme as a fraud (Read statement here) and  correct legal position is the following:

An NGO is not a type of legal entity, it is just a general word used for all types of non-profit organisations, at whatever stages of registration. There are three types of legal entities in South African law which non-profits can be established as - a voluntary association, a charitable trust or as a non-profit company (“NPC”) (previously known as a Section 21 Company).

When you have a properly established legal entity you may apply for further registration with the NPO Directorate at the Department of Social Development and they will issue you with an NPO number and certificate and this is will be your proof of registration with the Department. You may also make an application to SARS for income tax exemption (also known as public benefit organisation “PBO” or “section 30”) status.

If anyone is telling you that another registration is required for your organisation in order to acquire funding please note that it is fake news and a scam being perpetuated on you and you should not forward to anybody any notices which say so as more panic will be created.

SCAM-PROOFING: HOW TO PROTECT YOURSELF AND YOUR  ORGANISATION AGAINST THE RISK

I begin this advice with a personal story, tracing my own journey with social media and those who lurk in its shadows, searching for unwary prey. (Bear with me or scan to the end for the pointers in how to avoid being snaffled in the net of a scam or needlessly diverted by the not-quite true.)

At 10.30 pm on 1 April (!), I received a Whats App from a trusted colleague: “Have you seen this major funding opportunity, deadline midnight, 1 April?” I clicked on the link and looked at the website and my first reaction was panic: This website (which looked legitimate) contained a call from a major government player which had apparently set up a non-profit funding entity and every NGO which wanted to benefit should complete the application before midnight (!!) or be out of the loop! How could I have missed this? I had spent days buried in regulations and commentary, writing and deciphering and advising, but surely I had not been buried that deep?

My second reaction was fear: “I have failed my clients, subscribers and colleagues. I am going to be exposed and seen as a fake/fraud.”

Fortunately, this 1 April incident came on the back of two other social-media panic attacks (one of which turned out to be fake and the other true, but not my issue to take up). From my previous experiences I had learned that my first panic-fear response was not a reliable measure or guide, and that I had (even while the clock ticked towards midnight!) to breathe, step back, and do a proper investigation before taking any action or spreading the news.

My first step was to send it to a few colleagues and CEOs of reputable NGOs with an explanation I had just received this, I was not sure if it was true, had they seen it and what did they think? Of the five, three had not seen it, one had and had applied and the other had investigated and decided it was fake. Tick-tock towards midnight (!) but I held my nerve and did a check, not following the link sent, but on the website of the government agency mentioned. Hmmm. No sign of any call for applications on their own website. Then Henre Benson, CEO of CASME, texted me back: The website set-up looked legitimate, but the background of it was redacted, which could be suspicious.

My long-suffering IT-engineer husband added his counsel (perhaps in the interest of getting some rest): anything which comes at you with a very tight deadline is likely to be a scam. I was already leaning towards calling it fake (and calling it a night!) when it struck me that I had the cellphone number of the head of the NPO Directorate – would she respond at 11.00 pm? Yes, she did and it took her two minutes to check with the government agency named on the website and to let me know that it was a scam and that a statement would be issued the following day. So I could go to bed with an easy conscience (and my reputation intact).

Not only was there no missed-mayday application but I had also saved myself the embarrassment of forwarding something fake AND I had saved everyone in my database from panic, anxiety, unnecessary worry, and exposure to whatever the scammer had in mind.

As already mentioned in this brief, there is currently a new scam doing the rounds – a fake call for NPO certificates to be ‘converted’ to NGO certificates (for a fee). Many non-profits have been taken in by this smooth scammer, and are sending me panicked-queries and, no doubt, this will not be the last of the scams eating up our mental energy, diverting our time and attention from the real work that needs to be done, duping and dragging us down, if we let them.

Responsible citizens, board members and NGO leaders need to adopt a strategy which decreases this risk of being caught up in these scams and their negative consequences.

The following suggested approach is based on my personal experience, the wise counsel of Ida Jooste (Global Health Media Advisor at INTERNEWS), and the very useful article by H Colleen Sinclair posted by The Conversation Africa, Inc.
When you receive one of these messages:

There are scams, there is fake news and then there is panicked or mindless/often well-meant forwarding or spreading of these. Caring, responsible citizens and leaders need to build a personal fortress against the waves of these which come at us. Often we can be most useful by not passing something on. What about adding #ThisStopsWithMe ?

Thanks to Desrae Connold for her insights and updates on TERS , to Fanie Nothnagel for checking my calculation advice, and to Ida Jooste for her guidance and input.

At ngoLAW we will be continuing our work and will research and draw together information and advice to assist you with thinking through and making some tough decisions over the next while. Watch this space for our correspondence and conversations and please forward this email to anyone who may benefit.

Stay safe, keep calm and carry on- A Luta Continua!

Visit our Connect page for some useful service providers